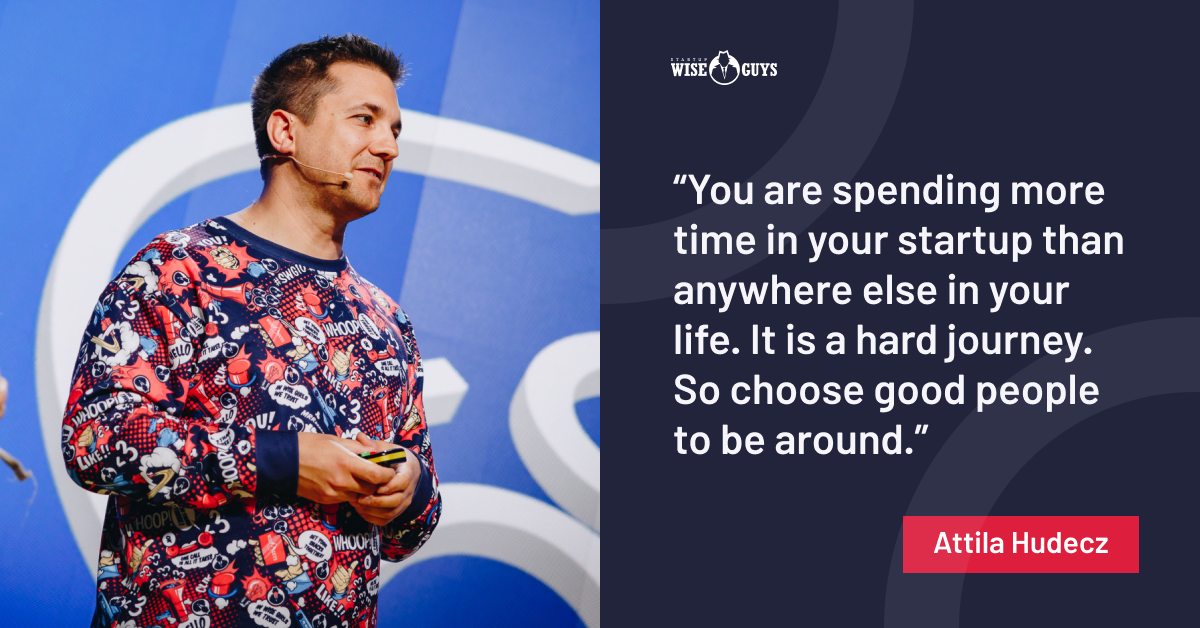 A Series of Failed Ventures and Lessons for Beginners in Startups: Part I

Hi, my name is Attila Hudecz, I am 41 years old and I have just recently closed my startup – not the first, but certainly not the last. In my elaborate zig-zag of a journey toward what may be considered a successful entrepreneurial career, I’ve launched a myriad of ambitious startups and failed ventures.

Since my very early childhood I’ve wanted to start a business— no, that’s so freakin’ not true: since I was very young, I wanted to have power over what’s going on around me. Being a cog in a large corporate organization gives you anything but that. Years of working at a corporate job, in the backdrop of wanting to be my own boss, finally tipped the scales toward diving into the world of business. And while some of you may think that we have achieved something in the last few years because we have appeared in Forbes and managed to attract investors and other sponsors of different sizes and nationalities – the end result is still a closed company, which is an actual loss in terms of wealth and many other ways, which is why while I’d love to tell you HOW TO DO IT, I can only write about how NOT to do it.

A SERIES OF FAILED VENTURES AND LESSONS FOR BEGINNERS IN STARTUPS: Part I

What is success in business?

Hovering over the staggering heights that is the world of business, contemplating whether to take the leap is overwhelming. The leap can be exhilarating, but the success of the outcome is debatable. What defines success for me as a startup founder?

After all, a closed company can be considered a success if the shareholders achieve financial (and other different kinds of) growth; each entrepreneur knows the threshold amount their company could withstand, which, once surpassed, they would close the company and would never look in the direction of again. A self-sustainable medium-sized business that provides a decent livelihood for participants (employees/customers) is also a successful outcome (although there are folks, such as venture capitalists, for whom this is already considered a failure – they cannot realize the extra return that is their purpose when investing).

As for me, I had great ambitions: I wanted to change the world, so for me, the only successful outcome would have been to realize a large exit – perhaps, that actually answers my longstanding question about why the VCs wanted to work with me; at least those entrepreneurs I know, don’t chase this goal so eagerly.

“Make sure you do it for the right reasons” Lesson 1

This brings me to the first key message to take away from this – reflecting on why you are doing this. The reason for my pursuit of entrepreneurship was no other than the childish urge to be rich. With my current consciousness, I can safely say that I had no idea why I wanted to be rich – I just knew that powerful and influential people have a lot of money; and have also seen that to live freely and do anything I want to do, I need an unlimited amount of money. At that time, doing whatever I wanted would have meant spending time in pubs and playing computer games. With little to no practical knowledge about life at that age, as moat knowledge within reach in Hungarian higher education covered almost everything except one important thing – how to live our lives. On a further note, after all, it did teach us in its strange, distorted, Hungarian way, that some lazy folks who worked in the grey areas often ended up with better outcomes than those who conscientiously walked through life abiding by the rules.

I knew then that money provided security, power, and control over circumstances in life. But having taken the exhilarating leap and having made mistakes or detours in the process opened my eyes to the real reason for why I actually wanted to pursue entrepreneurship. I nurtured the seed planted within me of wanting to have a better life, be a useful member of society, make an impact on a larger scale and make the world a better place. Although a common motif in entrepreneurship, it serves as a good incentive to start the journey. I believe a common theme in a startup founder’s work is this exact feeling of enlightenment – the last 5 years have been about nothing but enlightenment. Day in and day out, I come across something I didn’t know before, didn’t understand, but finally, as a result of an event, I understand it. When every single decision you make can be life or death for the company, these enlightenments occur more frequently.

My first attempt at business

The first enlightenment about taking a tiny leap toward autonomy and starting a small enterprise of my own showed itself in 1998 during my high school years in Hungaria. The first venture I ever conducted was a website, replacing the school magazine, with rumors and news surrounding the inner ecosystem of the school that students would enjoy. It was the original Gossip Girl if you will. A good idea in itself, but there was no way to monetize the idea back then because no money was allocated for social networking websites. Moreover, I had no business acumen to come up with a decent way to execute it.

The few courses I had taken in university sparked my interest in business, and it was common practice for Hungarians to pursue business in order to make a decent living, though I was convinced that in order to undertake a job in business one had to be an expert on something and have enough money to execute it. But the desire for security diverted my path toward banking, a guaranteed cash cow. If I were to ask my college folks who followed down the same path, most of them would most certainly say that nothing was missing from their lives – and it may be so, not everyone is born to be Elon Musk. If you can be grateful for what you have and do not desire more, you have a chance at a happy life. I used to be one of them: I wanted nothing more than to steadily climb the firm ranks of the corporate ladder – exactly what I am predestined for thanks to my exceptional talent and abilities. I remember walking down the main street, waiting for the moment to finally show what I was capable of – then I faced reality terribly quickly in the image of my first boss.

Though secure, the job was suffocating with its limited autonomy and rigid lifestyle of a 9-5. Five minutes after I entered the premises of my first real employer, I already knew I didn’t belong here. The very first day was an indicator of the rest of the routine corporate experience. I was told to arrive sometime between 8:15 and 8:30 on my first day. Following the instructions, I showed up at 8:20 and was told off for having arrived 5 minutes late. I wondered during the next 5 minutes whether I even wanted the job and after a few tedious months of an agonizing commitment to showing up 5 minutes early to daily uninspiring tasks I quit.

The lack of compatibility with a repetitive lifestyle gave way to the adventurous spirit of the business path and my entrepreneurial awakening came out. I joined forces with like-minded people, ready to take the leap into the staggering heights of business. This moment marks the official beginning of my entrepreneurial journey, and like most other first startups, it didn’t last. With a few college friends in the same shoes, we created a restaurant guide, which rather than assessing the best places based on food, reflected the atmosphere and mood of restaurants in Budapest. Since tastes are subjective, our guide did not fulfill its role, leading to quarrels and the eventual downfall of our aspiring startup. However, each of us learned the second crucial lesson of beginning entrepreneurship – as an entrepreneur, it is beneficial to find like-minded people. Sharing a mindset and thus a similar approach to a venture, its goals and potential accomplishments is key to conducting a viable business. Partnership failed in our case, since we could neither communicate effectively about our goals, nor did we have enough experience and training in the field.

Now that I had a bit more experience and focus, I was finally ready to take another leap and dive into my third venture. But, as you’ll find out in Part II of this post, there were still some things to learn about and experience before I can reveal the most valuable lesson I’ve learned.

Attila Hudecz is a serial entrepreneur focusing on projects in start-up acceleration, sustainability, and innovation management. He has worked in the startup industry for the last 10 years, two times as founder and CEO, most recently in the best European accelerator, Startup Wise Guys. As the Managing Director of the Sustainability Batch Copenhagen at Startup Wise Guys, he is responsible for selecting the startups for the batch, and mentoring and coaching them.

In the last 10 years, I have received solid experience in launching startups, talked to thousands of potential FinTech founders from more than 100...

We are excited to unveil 10 international startups that have joined our third Sustainability Program that kicked off this October in Copenhagen. This...

A Series of Failed Ventures and Lessons for Beginners in Startups: Part II

Although this second part of my startup journey unveils the key things you should know as a startup founder, I’d like to entice you to first go...